Sarah Wright gathered a company in 2006 in Berlin to create a visual spectacle, entitled Silent Tide, to accompany the music of Bob Rutman and the Steel Cello Ensemble.

The show was performed in Berlin 2006, Pula Croatia 2007 and at the ICA as part of the London International Mime Festival in 2008.

The project was supported by Arts Council England 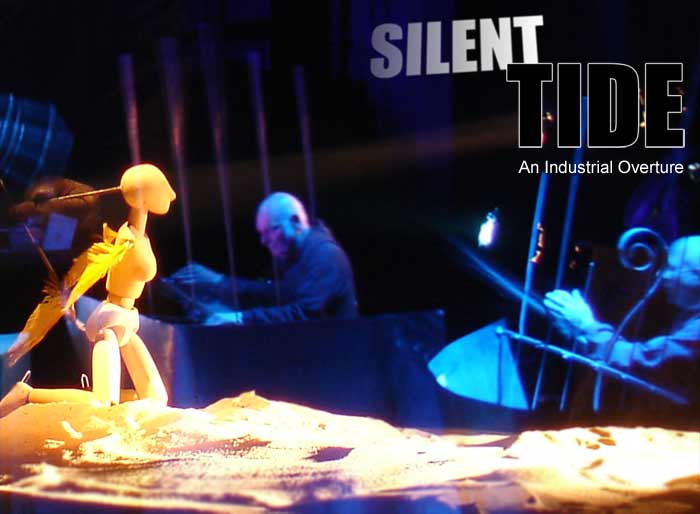